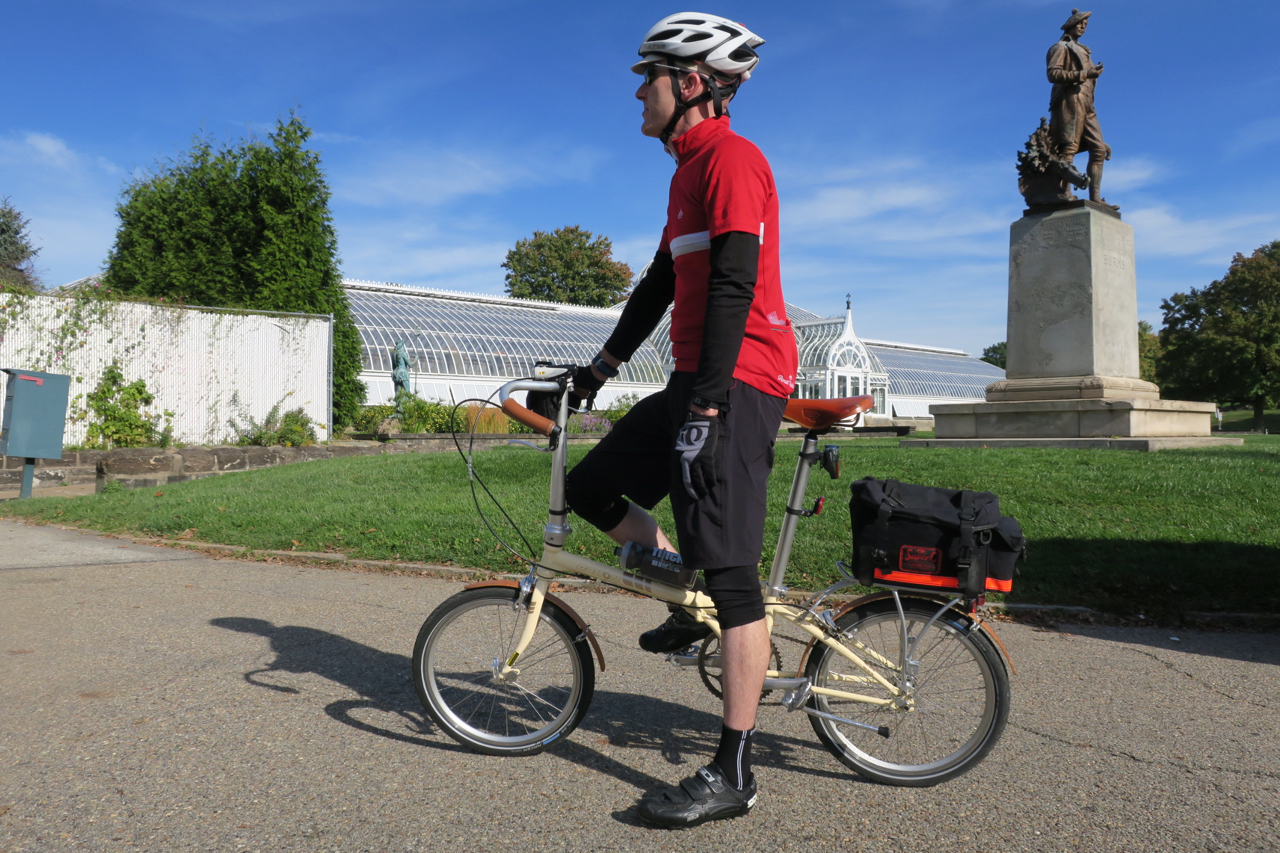 This weekend I did not do any coffeeneuring, which is kind of sad because the weather on Saturday was gorgeous. Mary had a solo event lined up, so I went and rode the DC Randonneurs’ Civil War 200K brevet from Frederick. I did not buy any coffee before or after the ride, though I did stop at Gravel & Grind afterwards.

They closed early for a special event, but James was there and sold me a Berthoud Aspin saddle, which made the trip worth it.

But! I did get in my second 2017 stop last week in Pittsburgh, so here’s the belated report.

We drove up on the 20th to visit my daughter Dagny, who is in her second year at the University of Pittsburgh, or Pitt to you folks from the Keystone State.

Saturday was a pefectly sunny warm day and we hoofed it around Lawrenceville, checking out some locales on the community artist tour and a small farmers market. Later we went to the South Side to check in at Thick Bikes, which celebrates coffeeneuring season with a kickoff party.  We bought some fenders for a project and Chris threw in a cool Thick buff for us.

Dagny doesn’t ride so we made the most of our feet and that was great, actually. We stopped twice at Espresso a Mano, my personal choice so far in PGH, located in Lawrenceville, so all was good.

Sunday morning Dagny had to put in some hours at her work-study job, leaving time for me and Mary to get in our coffeeneuring ride. We took folding bikes because they stash easily in the car and are suited to short rides. Mary took her Bike Friday Tikit and I took the funky Dahon Hon Solo singlespeed.

Our destination was Commonplace Coffee in Squirrel Hill, just past Shenley Park. We went here on the same trip last year. It is about three miles from our hotel near Pitt and we didn’t have to drop down to the river – the ride back up would have been a walking affair with the Dahon.

Commonplace pulls a really nice espresso, and make an equally good cappuccino. The pastries were quite tasty and fresh. Commonplace feels a bit old school but it’s only been in operation at Squirrel Hill since 2010. It is an expansion location for Commonplace, which started in Indiana, Pa.

We noodled a bit in Shenley Park and around the Pitt campus as the day warmed up. Total: 8 miles. Thanks again for the good memories, Pittsburgh!

This Friday we are off to Philadelphia for our weekend at the Philly Bike Expo. We have some coffee faves there that make the weekend special, along with the amazing bike show.

Have a great week and enjoy all the coffeeneuring! It’s going strong and worldwide this year – see the latest roundup from Mary at Chasing Mailboxes.